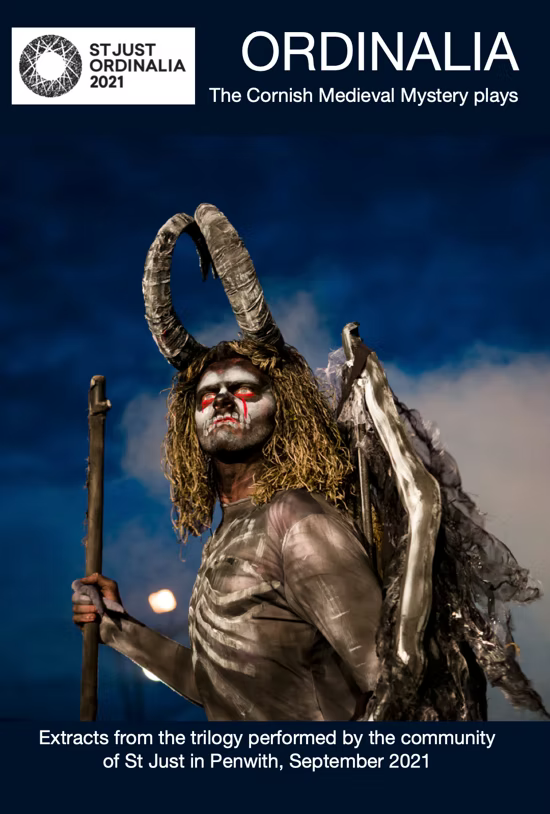 Film maker Sam Breeze of Flux Films and his colleagues filmed the performances of all three Ordinalia performances in St Just during September 2021. This was then condensed in post production by Robin Simpson of JRS Editing in St Just to produce a two hour film, which will be available to view worldwide on Vimeo on Demand.

The film reproduces the key scenes from the Ordinalia trilogy, in the spectacular ' autumn skies ' setting of  St Just's Plen an Gwari -  the original medieval venue for the plays. Showcasing the original lyrics of Vicky Abbott and the evocative singing of her choirs, the music of Ben Sutcliffe,  the original 14th century 'Mansion' stages, and the powerful performances of our local community actors.