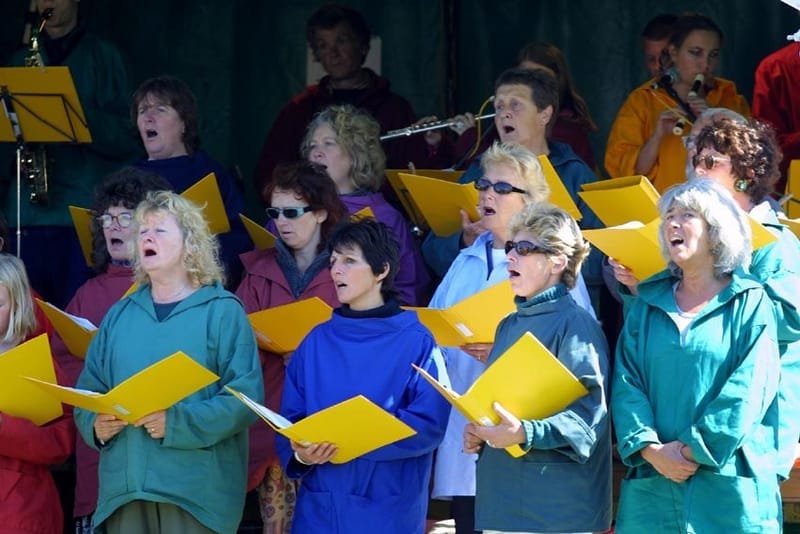 Kernewek is one of the Brittonic languages, which also includes Welsh and Breton. The other Celtic languages - Scottish Gaelic, Irish and Manx - are part of the separate branch of  Goidelic languages.

Kernewek is closer to Breton than to Welsh. It was mutually intelligible with Breton until well into the Middle Ages.

Kernewek died out as a spoken language in the mid 18th century, until its revival in the 20th Century. In 2010, six years after our last Ordinalia production, UNESCO announced that Kernewek was no longer ‘extinct’ and reclassified it as ‘critically endangered’ and ‘in the process of revitalisation’.

In our Ordinalia plays, God speaks Kernewek - for a large part of the time. The two disciples, Peter and Thomas, have interesting Kernewek exchanges with Christ's disciples, Dyskyblon. Noah, and the Centurions, all have  Kernewek lines.

Each our subscriber's Facebook postings will have a headline in Kernewek.